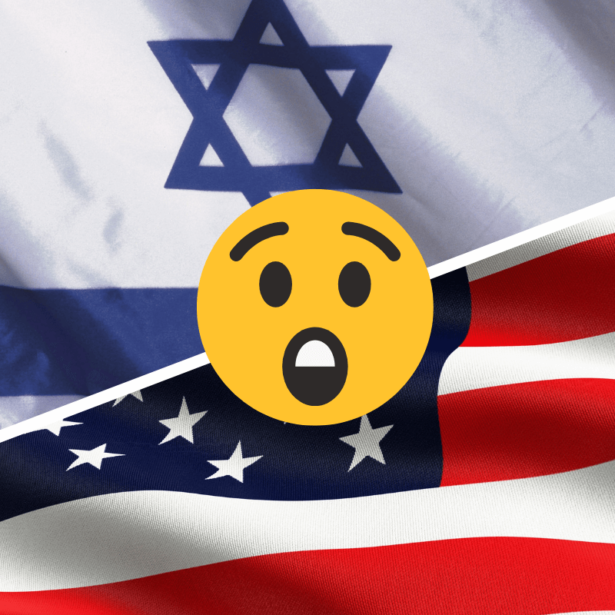 Israel is a melting pot of cultures, with immigrants from around the globe coming together to call it home. With such a diverse population, it seems Israelis have created their own way of doing things. American tourists are often hit with an initial culture shock when they realize the extent of the differences between Israelis and Americans.

1. Being casual vs formal

Would you wear jeans to a wedding, or flip flops to a job interview? In America you probably wouldn’t think of it, but in Israel you could. Israeli culture is casual. Whether it’s how Israelis dress for different occasions, or the way they interact with people in authority, they are generally casual people, and often see formality as unnecessary and even insincere. This is one of those differences between Israelis and Americans which will always be there, no matter what dress code is written on the invitation!

2. Being polite vs saying it how it is

Israelis generally don’t waste time candy coating anything. If you want the hard truth (or even if you don’t) Israelis are more than happy to give it to you. Americans often perceive this as rudeness, but in general, Israelis consider straight talk better than giving polite hints or circling around the issue. Here’s an example, “do I look fat in these jeans?” American: “No. If you like them, then they are fine.” Israeli, “Yes. You look very fat. Don’t wear those.”

3. Being private vs open about money

This is one of the biggest differences between Israelis and Americans, which can take a lot of getting used to. Americans are generally more private about what they earn and the price they’ve paid for things, Israelis are not. Israelis want to find the best deal for themselves, and for their friends. It’s  not unusual for an Israeli to ask you what you earn or how much you paid for something. It might catch you by surprise, but it’s important to know that in general it comes from a good place. If you have a similar job to them, they might ask you about your salary to see if they, or you, are being paid fairly, and if you can help each other get a better deal.

Waze might be an Israeli invention, but we have a feeling it wasn’t invented for Israelis. It’s most likely thanks to mandatory army service, but Israelis seem to have abnormally advanced navigation and outdoor survival skills. While we would turn immediately to google maps to tell us where we are, an Israeli just needs to sniff the air, look at the stars and feel the soil composition. Okay, that’s maybe a bit of an exaggeration, but the army does give Israelis an advantage over us when it comes to surviving in the great outdoors.

5. Being spontaneous vs planning ahead

In general, Americans favor planning ahead. Even if it’s just by a day or two, Americans like a bit of time to plan, and like to know what’s coming up on their social calendars before it’s already happening. Israelis on the other hand, are generally more spontaneous… like a lot more spontaneous! There’s nothing unusual about surprise visits from friends, “Heeey! You’re showering? That’s okay! We’ll make the coffee while you finish up!” or someone calling you up for spur of the moment camping trip, “Hi! I found this tent in my car, and remembered you have a blow up mattress. Want to go camping now?”.

The average family size in America is 2.6 people per household. In Israel, the average amount of children per room at any given time is… we’re not sure because we lost count, but the more the merrier, right!?

Family size is definitely one of the more obvious differences between Israelis and Americans which you will notice when walking around the market or riding the bus.There’s no stigma against larger families in Israel. Sure, there are people who just have one or two kids, but the point is that having 10 kids in Israel won’t get you your own reality tv show.

Jews are generally hospitable people. We are used to having friends and family in our homes to eat, eat and then eat some more. Especially over the holidays things can get a little frantic with all the guests coming and going. We know how to host, but we also have limits. For example, we all agree that there comes a time for guests to leave, and that there are certain boundaries between guests and hosts, like you may not go fall asleep on the host’s bed between the main course and desert. But here’s the thing, in an Israeli home, you can! In fact, your host might offer you some “naleh bayit” (comfy house shoes), encourage you to help yourself to the contents of their fridge and tell you to move in for a day or two. There is hosting and there is adopting. Israelis like to adopt, and it’s one of the amazing things about being a tourist in Israel, although you’re far from home, you will always feel like you have a family.

If you want to experience Israel, and get to know Israelis firsthand, there’s no better place to start than with a Free  Birthright Israel Trip. It’s only 10 days, but it will give you an amazing taste of life in Israel, and show you the key cities and highlights of the country from north to south. Click HERE to start your application.

We love sharing the adventure

This Trip is a Gift From Birthright Israel